A Must-Read Guide On How To Sell Your House

Posted in Selling Your Home
no comments yet

This year we’re fortunate indeed: the calendar has cooperated with the spirit of the occasion to give Independence Day its proper import. With Augusta’s Fourth of July festivities falling on a Tuesday, we avoid the vexing problem that crops up every time July 4 falls on a weekend. Since nobody wants the extra day of picnicking and parading to be confused with the ho-hum regular weekend days off, the powers that be have to arbitrarily reassign July 4 observances to the following Monday (or previous Friday, if the Fourth hits on a Saturday).

This year, with the Fourth happening on the 4th, all is well. For convenience’s sake, most everybody opts for a four-day long Fourth—so Monday the 3rd gets a star turn due entirely to its lucky proximity to the big day.

But maybe Augusta patriots ought actually to have given more consideration to the serious meaning of the holiday back on Sunday, the 2nd. They would have had ample historical reason to do so. Just ask John Adams. Or Abigail, for that matter.

The reason why July 2nd is an entirely appropriate time to celebrate Independence Day is that it’s actually the day when the Founding Fathers decided to tell England’s King George, “You’re fired!” Anyone who has ever worked on a committee with more than a few members will appreciate why.

Historically, it was on July 2nd that the delegates in Philadelphia approved the motion to separate from their irritating European bosses. The great and courageous act having been accomplished, delegate (and later, the second President) John Adams wrote home to wife Abigail,

“The Second Day of July 1776, will be the most memorable Epocha, in the History of America. I am apt to believe that it will be celebrated, by succeeding generations, as the great anniversary Festival.”

Committees being committees, the paperwork and so forth took a couple of days to make its way through the machinery—so Jefferson’s Declaration of Independence didn’t get adopted until the 4th. Adams didn’t foresee that the adoption of the physical paper (parchment, to be more accurate) would become the rallying point for those “succeeding generations.” It’s actually a branding thing: every time anyone looks at the Declaration of Independence, that “July 4, 1776” up there at the top is what jumps out at you.

But Augusta celebrants who didn’t give a thought to the Founders back on Sunday the 2nd needn’t feel less than properly patriotic, because Augusta’s Independence Day always measures up to Adams’ checklist:

It ought to be solemnized with Pomp and Parade [check!] with shews, Games [check!] Guns Bells Bonfires and Illuminations [check!] from one End of this Continent to the other…

Augusta’s Independence Day observances do live up to what Adams hoped for (except for the bonfires)—so he’d probably have been okay with waiting until Tuesday. As for what theideas about liberty and self-governance contained in the (slightly tardy) Declaration has meant to humanity as a whole—I bet he’d consider it more than a Tryumph!

Whenever your Augusta real estate matters come up, we hope you’ll give us a call—it sure won’t take two days to get going! 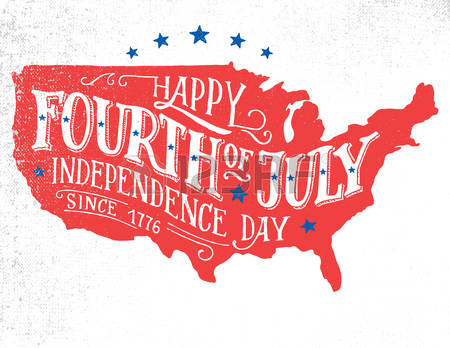